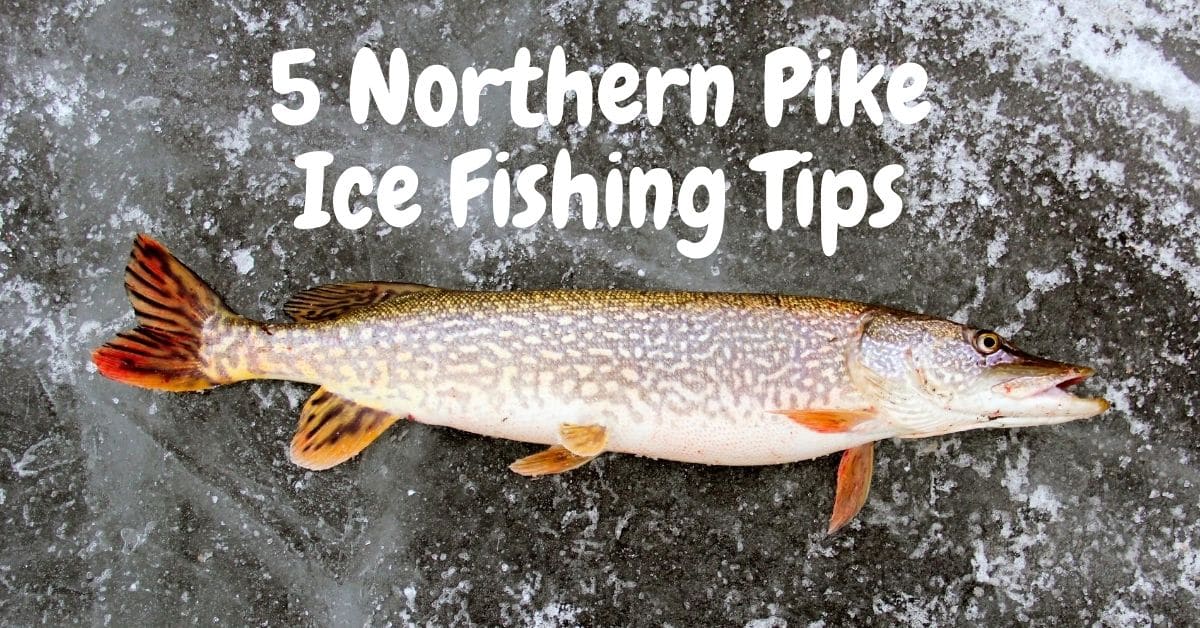 So you are looking to fish the big northern pike? I have a few northern pike ice fishing tips you will want to consider before heading out to catch this monster of a fish through the ice.

Pike is fun to fish especially in the winter, and they will put up quite the struggle which is fun and exhausting at the same time. At least you will get some winter exercising in and a delicious meal to boot after you catch the pike.

I have compiled a list of 5 tips you will want to consider when fishing for northern pike. Now, this is not an exhaustive list, but it will get you in the right direction if you’re new to northern pike ice fishing.

Tip 1 – Know Where The Bait Fish Are

Tullibee and whitefish spawn early in the ice fishing season. They will be hanging around shallow areas of the lake close to drop-off areas and flats. So naturally, the pike will be in these shallow areas and easiest to catch, but the ice will be thin this time of year. Unless you want to risk life and limb, I would suggest waiting until later in the season. But that’s up to you!

In mid-winter, the northern pike will follow the tullibee and whitefish out to deeper parts of the lake. You will find pike close to deep water with soft bottoms. They will also feed on crappies and perch so try fishing in areas that you find these species of fish.

Check your local DNR websites for information on the lakes you want to ice fish for northern. You can get a lot of useful information from these sites like how much foliage a certain lake has. What types of species of fish are stocked in the lake?

Sometimes there are too many pike in a lake and not enough baitfish to help them grow too large sizes, so you get a lot of smaller pike. And some lakes won’t be stocked with northern at all so you will not want even to bother fishing those lakes if you’re after the northern pike.

Drill holes in various areas. You don’t need to drill 100 holes but drill them in areas you know the pike will likely be. Such as along the drop off areas. A few holes can be drilled on top of the flats and along the break-lines. You can also drill some holes out in the deeper sections of the lake.

Once you get the holes drilled you will want to continue down the line fishing those holes until you find an area that is ripe with northern and then stay on that spot. You could also mix it up with tip-ups so that you don’t have to move as around from hole to hole as often.

Tip number four in our line up of northern pike ice fishing tips is when you are jig fishing for pike. Keep the jig still for a while about 3 feet from the bottom of the lake and once in awhile wiggle the jig. This will give a northern who is debating whether to strike or not make his move and bite! You will also want to have a few different rigs set up before you go out ice fishing for these monsters.

Rig up a white tube skirt with jig head on it. Northern pike loves this type of rig lure because it jumps around like a worm gone insane and northern can’t resist the color of white in the winter because it can be seen so well under the ice.

When using a tip-up, I will place it in the shallower spots on the lake and then jig with my rod and reel combo in the deeper areas of the lake. Don’t stray far from your tip-ups because there are regulations the DNR has on how far you can be from your tip-ups.

For the last tip, I recommend what they call dead baiting. Dead baiting is what it says, Dead. You want to use dead baitfish and suspend it in the water. You can use any fish that a northern usually feeds on such as tullibee, whitefish, herring, eel, crappie. The smell and the non-movement of the bait attract northern pike like you wouldn’t believe. Have the bait frozen this makes it easier to place on the hook

You will want to cut slits in the sides of the dead bait so that the juices mix in the water and cause more of the attracting aroma for the pike to sniff out. Also, dead baiting is usually done using a tip-up. A tip-up is used because you don’t want any abnormal movement from the bait. You will get too much movement with this method if you are holding a rod and reel. Dead fish don’t move.

Get Out The Ice For Pike

Ice fishing for northern pike is one of my favorite species of fish to go after. The big ones are smart and not easy to catch. But when you can wrestle one out of the hole and onto the ice above you get a sense of accomplishment and domination! You don’t need many of these monsters to fill your dinner plate.

I don’t know if it is just me, but I think pike tastes better in the winter. Pike in the summer is not as fresh-tasting which has to do with the warm temps. As a matter of fact, I think most fish tastes better when catching it under the ice.

I hope these northern pike ice fishing tips help you catch a lunker this ice fishing season. If you catch enough, please give me a holler. I will be glad to come over and help you eat them up lol. I will even bring the electric fillet knife. Get out there and start pike fishing today.

If you have any questions or comments feel free to leave them below. I’m always happy to answer any questions you may have.  Happy Fishing, and I hope you catch that trophy you have been searching for! 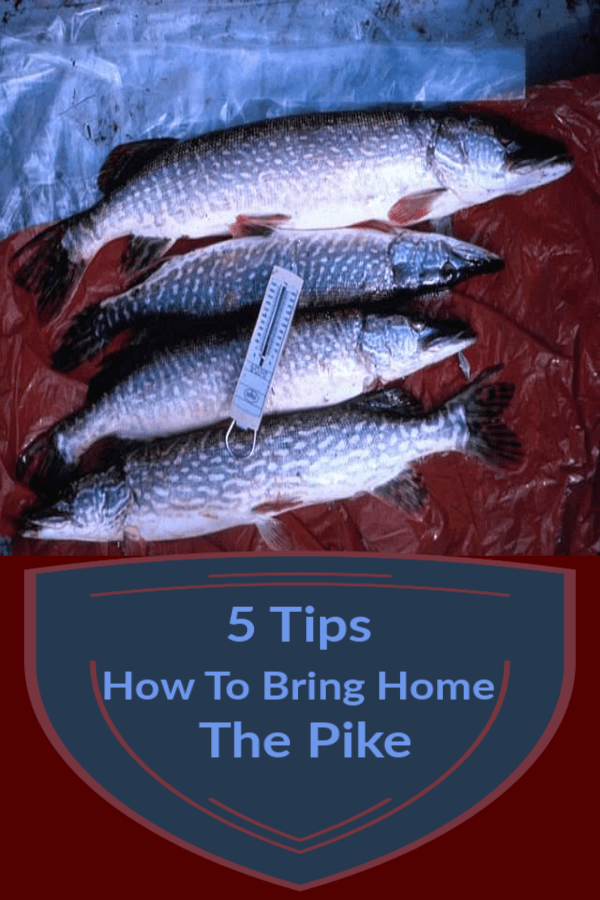