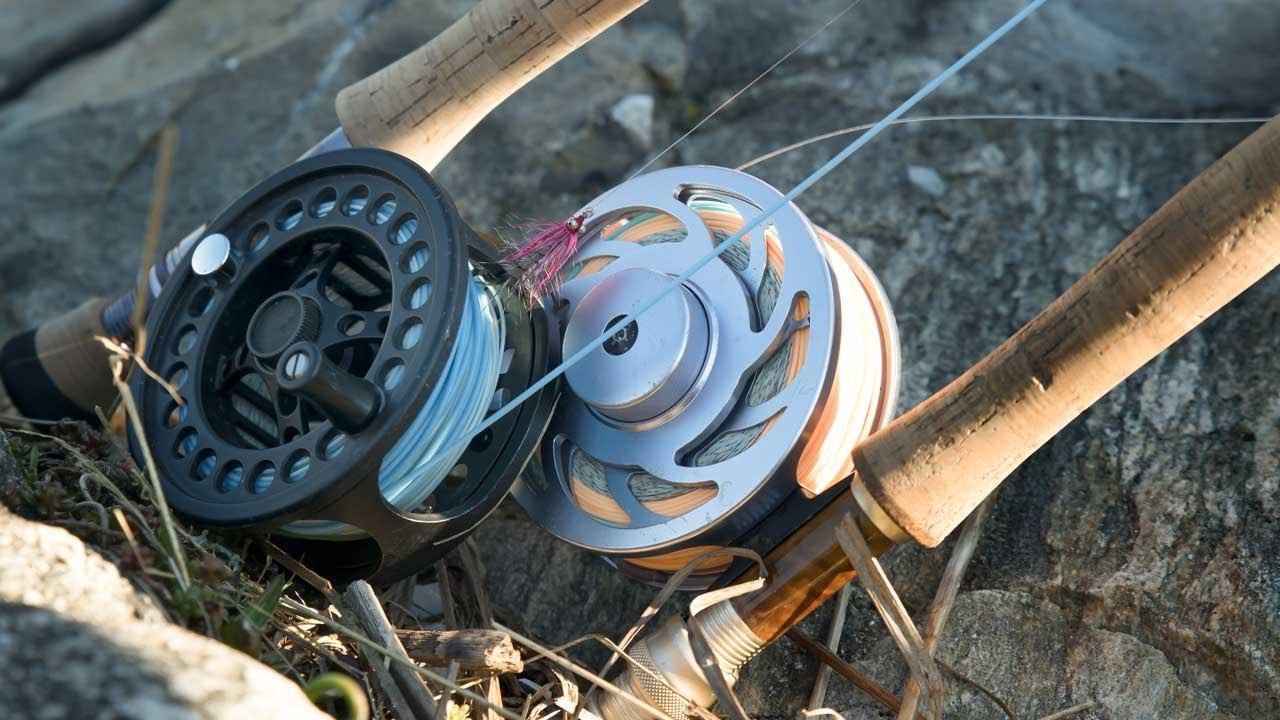 Center pins are larger than fly reels; still, both are comparable. They both appear identical while having a few minor differences. That’s why several people get confused, asking the differences between them.

Center pin reels are usable as fly reels, whereas fly reel isn’t usable as a trotting reel. Both have differences in stress tolerance. Center pins feature free-running spools that rotate with the slightest pull.

This article focuses on differentiating a Center pin with a fly reel, so all fishing enthusiasts shall follow it until the end.

Let’s first learn the basics of Centerpin and fly reels discussed in this section to understand the differences.

When kept horizontally, the true pin reel will rotate freely. To reduce the rotation speed, hold the center pin vertically. The center pins with bearings are slightly heavier, demanding more energy to turn the spool. Center pins can have varying mechanical designs.

A fly reel offers smooth and uninterrupted drag when the fish tries to run. They have a relatively more uncomplicated mechanical design than center pins and much lighter than center pins with bearings. They’re designed for fly fishing.

Let’s discuss the differences on a different basis.

Fly reels are manually operated. To rotate the spool, the person needs to turn the side rotating handle. The side handle and the spool has a rotation ratio of 1:1, which means that completing one rotation on the side handle equals one cycle of the spool. A center pin will freely rotate when pulled.

When a fish is caught in a fly reel, the person needs to rotate the side handle to bring it on the shore. On the other hand, a center pin has an angler’s thumb used to control the fish. Press the angler’s thumb to stop the spool from rotating.

A fly reel is far less sensitive than a center pin. There’s a possibility that the fly reel’s handle may not operate properly. Issues with the handle rotation can affect the spool’s rotation. A center pin is far more sensitive. It runs on the bushings or shielded bearing systems. Center pins are designed to give a significant drag in the river streams.

Unlike center pins, fly reels are used with fly rods.

Differences In Their Uses

Always use a fly reel when having a large crafted cast or long drift. Fly reels aren’t suited for catching just any type of fish. Most people use fly reels for catching small fish and those types of fish that don’t fight back a lot. That’s because catching such fish won’t make you use the drag more often.

They’re available in varying sizes that are decided by their weights. The expected size range of fly reels is 1- 13 weight, where 13 weight is the heaviest and weight one being the lightest and smallest.

Its external spool’s diameter measures Centerpins’ size. The primary purpose center pin will be a 4.5-inch reel, having a 1inch external spool.

Plastic fly reels are the least durable, while fly reels made from aluminum and steel are the most durable ones. The same is the case with center pins, where plastic center pins are expected to last for a shorter time than those made of metal.

So Which Is Better?

The selection solely depends on the purpose. If catching small fish, go for fly reels. If catching fish that gives a strong fight, go for center pins. Still, most people prefer center pins over a fly reel due to personal reasons and opinions.

Choose a fly reel when going fly fishing. Similarly, opt for a center pin when going for drift fishing. Buyers looking to choose based on the price should prefer fly reels since they’re more affordable than center pin reels.

What to do if the fish swims towards the fisher?

Fish swimming towards the fisher leaves it with two choices- i) try stripping the line as quickly as possible, ii) run backward. Stripping the line quickly can lead to putting tension on the fish. Whereas running backward is a sign of retreat. Once the fish is on the land, the ball will be in your court.

Is there any risk of fly rod snapping?

Rod snapping isn’t common since they undergo multiple bench tests to assure quality. Still, some people have reported rod snapping, especially when fishing a strong fish. Such a situation arises due to incorrect use of the rod.

Some possible reasons for rod snapping include:

How to use the drag of the fly reel?

Don’t set the drag too hard. The primary use of drag is to resist the fish from swimming away, making it tired and giving up. Set it to average since leaving it too loose will allow the fish to escape.

By the end of this article, we learned a few differences between center pin reels and fly reels. Although there are hardly any differences, we suggest learning those dissimilarities before investing in the equipment.

Moreover, please note that these things are not repurchased anytime soon in the future; hence it’s crucial to pick the right thing. If you’re still unable to decide, we suggest going with center pins as a final choice.