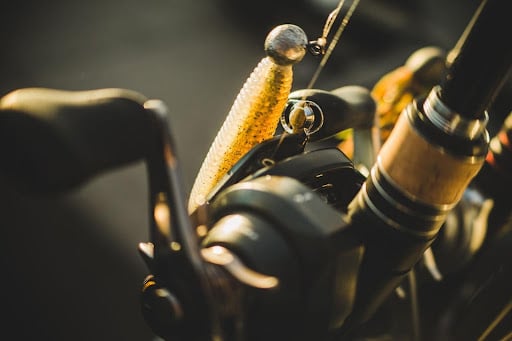 If you’ve used a baitcaster before, then you’d know that it is very intimidating to use, especially if it is your first time using it. There’s always that backlash, too– which makes the experience even more intimidating. Well, leave your frustrations behind as we list two baitcasters that don’t (or won’t) backlash (*whispers* even as a beginner).

Baitcasters will backlash no matter how good they are. However, some baitcasters won’t backlash as much as others. One of the best baitcasters out there with the best anti-backlash technology is the Zillion SV TW.

In this article, we will explore the depths of two baitcasters who won’t backlash. If you are in the market of buying a baitcaster, then reading on might be entirely worth the time for you.

The Zillion SV TW is a product from Daiwa that’s just full of bleeding-edge technology paired with bleeding pocket prizes. This baitcaster is a monster that’s waiting to be reeled in!

To further acquaint you with the Daiwa Zillion SV TW, below, we have listed the specifications.

The Daiwa Zillion SV TW has its braking system dubbed as the SV Booster System by Daiwa. In theory, this braking system is set as a two-stage braking system allowing a refined and smooth experience with increased casting distance. However, does this hold up in real life?

The Daiwa Zillion SV TW is an excellent baitcaster for finesse fishing while being flexible enough to handle the big guys. This extreme versatility is fueled by the fact that the Daiwa Zillion SV TW has an awesome startup resulting from the lighter and faster reel. Daiwa’s design and hardware decisions have resulted in a baitcaster with extreme responsiveness, precision, ease of use, accuracy, and cast distance.

What does this mean exactly, “hyper” lingo aside? First off, the HyperDrive Digigear is explicitly designed to make the teeth of the gears have a smoother and more efficient power distribution making the Daiwa Zillion SV TW a smooth baitcaster with powerhouse standards.

Now each bleeding-edge feature would, by itself, not be handy. However, with the Daiwa Zillion SV TW’s design and approach to implementing many fragments of bleeding-edge technology, the said baitcaster has the best retrieving experience out of all Zillion baitcasters to date with a bonus of smoothness and power.

The Daiwa Zillion SV TW is an awesome baitcaster, no doubt. The team would probably recommend this baitcaster all day without a sweat, but the price that the Daiwa ZIllion SV TW comes with is no laughing matter. With a price tag starting with $349.99, this baitcaster, although incredibly awesome, is just not for everyone (especially those on a budget).

Don’t get me wrong, the Daiwa Zillion SV TW is an impressive hardware piece and competitively priced. However, a common problem with flagships and high-end devices is that their money to functionality ratio is not the best (it certainly is not better when compared to most budget and midrange choices out there in the market).

An excellent example of this is when looking at the casting abilities of the Daiwa ZIllion SV TW. We are at a point where the baitcaster industry has matured, and even budget options are now becoming extremely good baitcasters.

The Drag is smooth but not a powerhouse.

Earlier, we called the Daiwa Zillion SV TW a “powerhouse.” However, when it comes to drag, that is not indeed the case. Instead of achieving the 20-pound power standard at this price point, the Daiwa Zillion SV TW only reaches a measly 12.1 pounds of drag pressure, which is certainly not a wink but is more of a stretch, especially when we look at the price.

The Zillion series are not known for their great ergonomics. The Daiwa Zillion SV TW has a squared-off look that looks sharp and modern while staying unique. It is exemplary as not only can this give you an awesome-looking baitcaster with its distinct look, it also serves as subtle bragging rights (kind of like the iPhone).

However, as far as we know (just like the newest iPhone 12), just because it looks incredible doesn’t mean it feels great. The design choices for the Daiwa Zillion SV TW are certainly leaning on looks over functionality. As we already know, squared designs aren’t palm-friendly compared to rounder, more graspable corners.

It is not necessarily a con for everyone, but to a specific demographic who prefer one model or the other, it certainly is. The Daiwa ZIllion SV TW is manufactured from two different countries in Asia, one from Japan and Thailand.

Indeed, one will be more commonplace in your country compared to the other. So when your preference lies in Japan or Thailand but is not available in your country, you may have to look at overseas markets to get your preferred model. 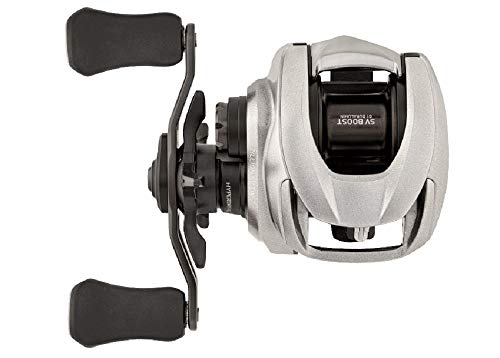 The 8.5:1 Variant of the Daiwa Zillion SV TW is available for sale on Amazon. 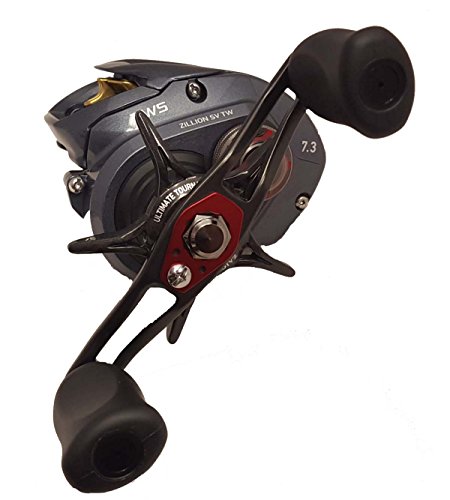 The 7.3:1 Variant of the Daiwa Zillion SV TW is available for sale on Amazon. This baitcaster reel is left handed.

We have talked about the bleeding edge, high-end baitcaster earlier: the Daiwa Zillion SV TW. The said baitcaster was terrific and delivered efficiently as we would assume for the price. However, that does not mean that we can’t get high-quality anti-backlash bait cast reels for a lower price.

We have searched for a budget-friendly option, and we have finally landed on the Kastking Spartacus baitcasting reel. This baitcasting reel is a cheap alternative to moderately experienced anglers.

I don’t believe in specifications, especially when compared to real-life use cases. After all, as a consumer, what matters most is not the specifications but the real-life use experience. However, we cannot deny that specifications give a birds’ eye view of what we are paying for (plus, it is a total treat for the enthusiasts).

Most baitcasting reels are made for the predominantly right-handed human species, but wouldn’t it be good to feel represented once in a while (left-handed wise)? Well, the Kastking Spartacus baitcasting reel is more than enough to suit your left-handed angling needs.

The Kastking Spartacus baitcasting reel is a corrosion-resistant baitcasting reel that’s highly worth it for the money. It is made using CNC machined aluminum spools with superior 11 + 1 superior shielded stainless steel.

Here comes the question: what does this mean, and how will this reflect my real-life use cases? Well, first off, the corrosion resistance will result in the Kastking Spartacus baitcasting reel being very durable and serve you well in the long run. Moreover, this could also imply that it can be used both on freshwater and saltwater on lakes, rivers, and oceans alike!

Earlier, we have found trouble on the Daiwa Zillion SV TW for not having a lot of max drag, despite its very smooth performance. The same can be said to the Kastking Spartacus, but this time on its cast length.

The Kastking Spartacus is very limited in its cast length when the brakes are set to max. Moreover, the Kastking Spartacus is a brake-reliant product. There have also been reports stating that it does backlash in rare cases (even though it’s anti-backlash, although the emphasis is rare). It also has a problem sometimes with not spooling evenly as well.

The Kastking Spartacus starts at a relatively low price and is available to buy below. We use affiliate links for you to help support our organization at no extra cost! Think of it as a way to purchase your own Kastking Spartacus while also supporting us. 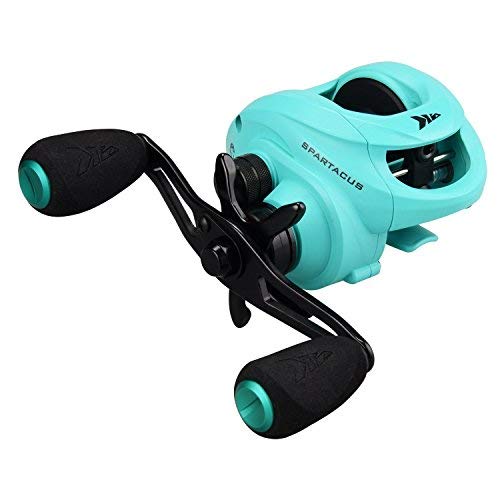 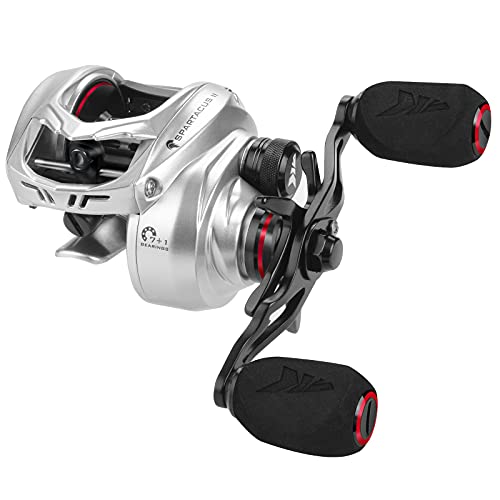 An even more budget friendly option, the Piscifun Torrent Baitcasting Reel is our pick for an honorable mention. We believe that this is the perfect baitcasting reel for beginners. Below are its specifications.

If you plan on using braided lines for your Piscifun Torrent Baitcasting Reel, then you sure won’t be disappointed! The Piscifun Torrent baitcasting reel will be well worth your money for fishing on vegetation-productive areas and extremely heavy fish.

If you are a beginner at angling and want a perfect beginner’s baitcaster, then the Piscifun Torrent baitcasting reel will fulfill that need without breaking the bank. Since it starts way below $40, you can pick this one easily without overthinking about it.

These are some of the minute details that add up to provide you with the best experience possible. The Piscifun Torrent baitcasting reel has a quick oil port for you to lubricate your baitcasting reel easily.

The Piscifun Torrent Baitcasting Reel is great for those watching it and is available to buy below. 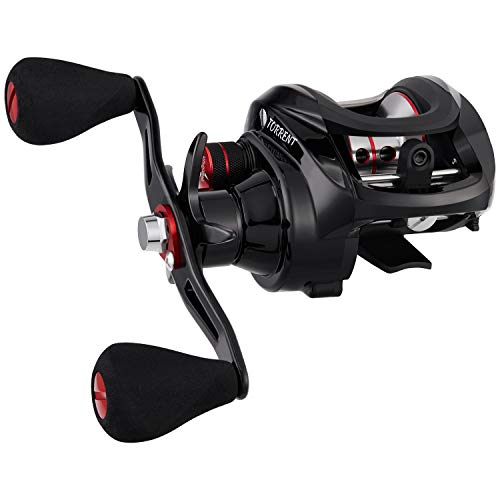 Is There A Baitcaster That Won’t Backlash

Backlashes are commonplace, especially when using baitcasters, which at some point discouraged anglers to even make use of them due to their maneuvering difficulty to avoid tangled lines or “backlash.” Fishing companies have taken notice of this and introduced anti-backlash reels.

What are anti-backlash reels? And are they 100% backlash-proof?

However, not all anti-backlash reels are made equal, as some are not significantly better at preventing backlash. In contrast, others (like the ones we recommended) are so good that they are virtually impossible to backlash.

Baitcasters allow for accurate casts while slowing down the lure while casting not to alert fish and scare them away.

Most of the time, baitcasters are not suitable for angling beginners as backlashing is a real problem. However, anti-backlash reels have alleviated this learning curve by a lot.

Do not over-lubricate your baitcaster and oil them once every two to three weeks.

Questions or comments? Leave them below. Until next time Happy Fishing!