What are the different types of fishing reels? That is the question. It is also a very good question to ask when you are just getting started in the world of fishing. It’s a good question because the reel is one of the most important pieces of equipment you will want to acquire in your fishing arsenal.

But first, you will want to choose which type of fishing rod you want to use and then choose the reel that is right for the rod. So assuming you have picked a rod I will explain the different types of fishing reels and their uses. 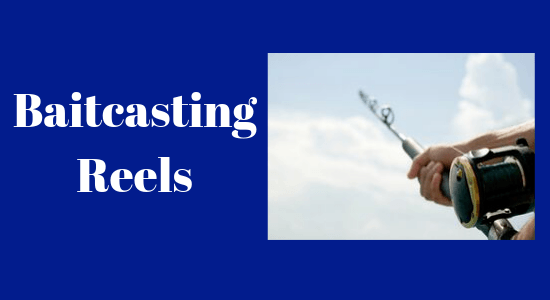 There are two main kinds of bait-casting reels. They are round style and low profile.

The round style is the more traditional type of bait-casting reels. They hold more line than the low profile reels but your line can get tangled up easily with these reels. This is the style you want if you are fishing for the monsters of the sea because they can put up with the fight of a large fish.

Low profile bait-casting reels are lighter and smaller than the round style reels. They produce less backlash and don’t tangle as easily as the round ones do. This style is not quite as accurate as of the round style but still can get your line pretty close to where you want it to be. Low profile reels are best used for large species freshwater fishing like lake trout, musky, or catfish.

Bait-casting reels are best for the more experienced angler. It takes quite a bit of practice to learn how to operate a bait-casting reel. You need to control the spool using your thumb which can be tricky to learn.

Once you do get the hang of how they work bait-casting can be one of the best reels to use fishing because they are extremely accurate casting reels. When you cast your line you can stop the line by pushing a button on the reel at the exact spot you want. This makes for excellent pinpoint accuracy that anglers love about the bait-casting reels.

Most of the bait-casting reels come with an open face. They are best used with heavy test line and big heavy lures. You will be able to fight some monster fish with these reels because there are many gears in these reels. For every revolution of the handle, the spool turns three times giving you extreme power against the fish.

So naturally, you probably guessed but baitcasting reels are popular with the saltwater anglers who go after the larger sized fish species like Marlin or swordfish. Saltwater anglers also love these reels because you can cast long distances with them. Which is important when casting into the ocean. 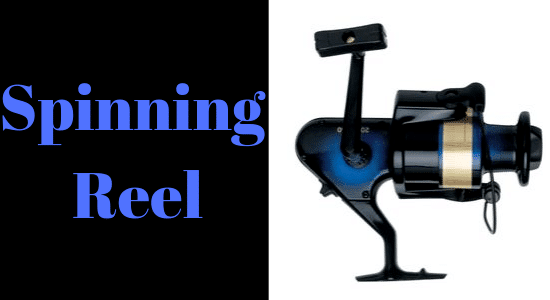 Spinning reels are the most popular of all the reels. This is because they are easy to use and you can do most types of fishing using these reels. The reel itself hangs below the rod, unlike bait casting and spin casting reels that are located above the rod.

All you have to do with a spinning reel is hold the bail arm open when you are casting and let go when your lure or bait hit the spot on the water that you were aiming for. You also need to keep your fingers on the line before you cast and let go when you cast.

With spinning reels, you want to use light no heavier than 20 pounds test line. Line capacity is excellent on these reels and there’s no backlash with spinners.

There are six main components on a spinning reel. They are:

This component is located in the front of the reel on top of the spool. With the drag, you can adjust the tension of the fishing line on your reel. By tension, I mean how much the fish is going to feel when it’s yanking on your line.

The bail arm is the curved piece of the metal lever that you flip when casting your line. Doing this lets your line loose so that it can be cast. You let it flip back when casting is complete.

The handle that you use to retrieve the fishing line.

The spool holds the fishing line.

The line goes from the spool to the line roller to the rod.

The reel foot holds the reel to the rod. It’s held to the rod by a screw or some type of tightening mechanism.

It can be a daunting challenge trying to decide on the right spinning reel to choose from. There are so many different kinds on the market. 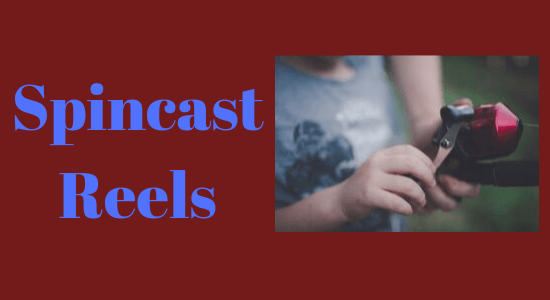 The fishing line comes out a hole in the cover. A button opposite of the cover lets the line release when you push it and it stops when you let go. Very easy to cast. But this type of reel is not as accurate as the spinning and bait-casting reels. And you won’t be able to cast as far as you could with the other reels.

The fishing line comes out a hole in the cover. A button opposite of the cover lets the line release when you push it and it stops when you let go. Very easy to cast. But this type of reel is not as accurate as the spinning and bait-casting reels. 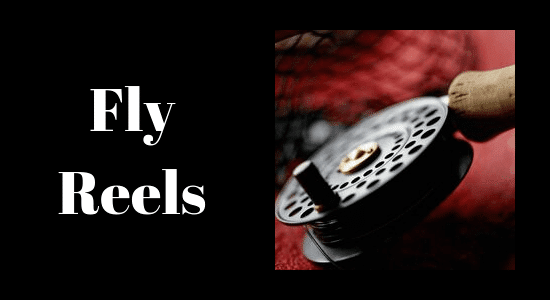 I’m not sure why they even call these reels because you don’t even reel the fish in with them. They are only on the fly rod to hold the fishing line but they provide tension or drag which is important when fighting big fishing at the end of your line.

The other thing you want to know is the weight of the line you’re typically going to be using and choose a fly reel that’s compatible with the weight for the line you are using. There are various sized fly reels and the prices can vary wildly so due your homework before choosing a fly reel for the first time.

If you’re interested in getting started fly fishing then you will want to check out the guide I wrote about fly fishing for beginners. The fly fishing beginners’ guide will show you what equipment you need to get started and some useful tips to get you catching those delicious trout that a lot of us crave.

Which Fishing Reel is Right For You?

There is the bait-casting reel used mainly by experienced anglers. They are the most accurate of all fishing reels. You use them when you are fishing large types of fish and for saltwater fishing. They handle heavier weight lines and large lures.

Next, we have the spin-casting reels. These are great reels to use as a beginner. They are easy to cast but they don’t cast as far as the other reels. These are the most inexpensive of all the reels but they won’t tangle or give you backlash and all the main components are protected by a cover.

Last, are the fly reels. These reels are used exclusively for fly fishing. There are many varieties and prices vary on these types of reels. You will want to choose a  fly reel that is rust-resistant and is rated for the right weight of line you will be fishing with.

I hope you got some useful information from this article. Thank you for reading and If you have any questions or comments feel free to leave them in the comments section below. As always Happy Fishing!